I purchased an AM1H-ITX motherboard 2 weeks ago to replace the old tower under my desk.  My old tower is a 6 core AMD with a GTX-260 video card.  It still performs well on CPU intensive tasks and many games, but these days I don’t play many games nor do I run CPU intensive tasks.  It consumes over 100 watts of power all day and makes quite a bit of noise doing…pretty much nothing.  My old tower is overpowered for the job. 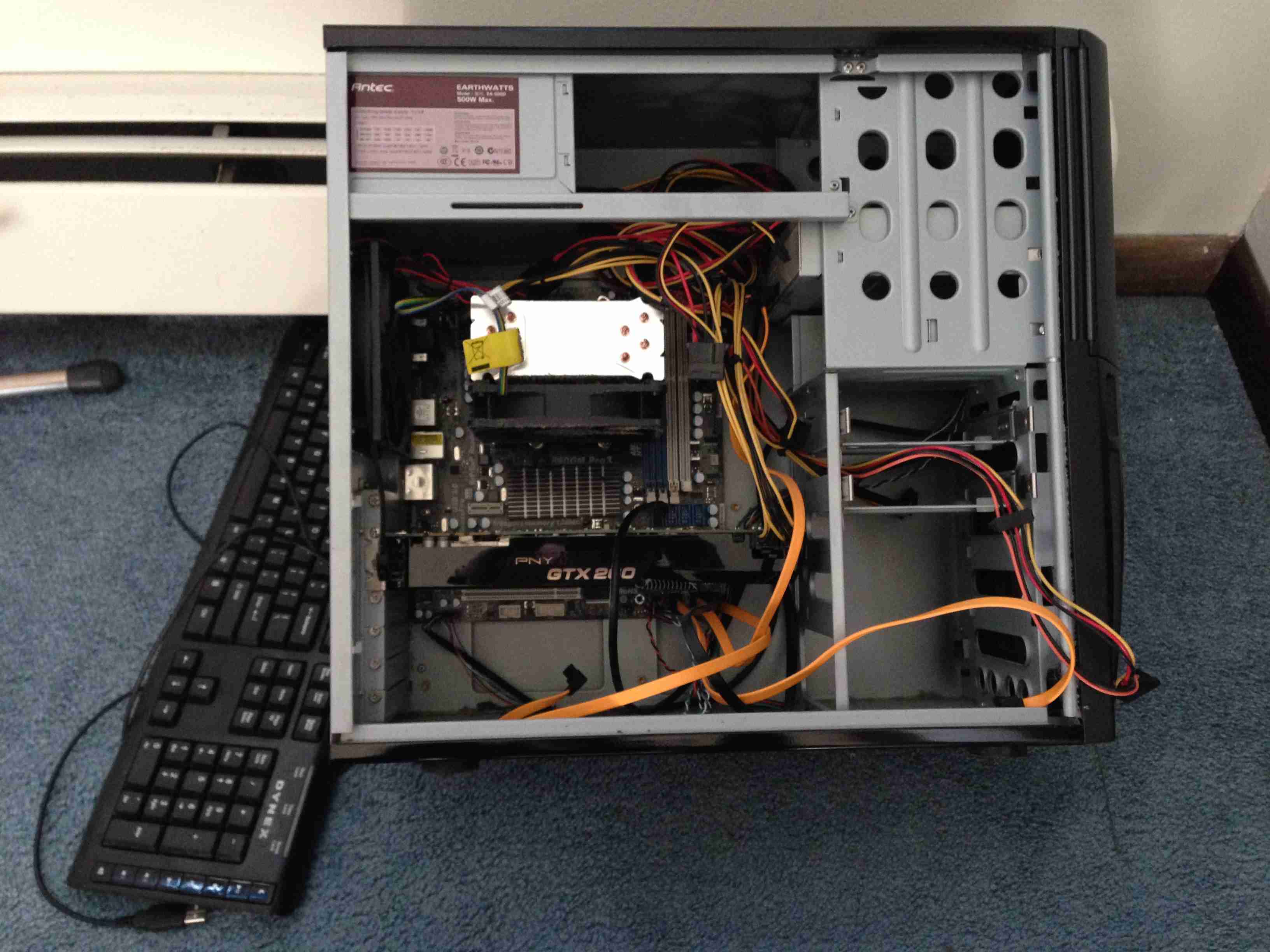 These days I surf the web and edit code in Emacs.  Both are light workloads.  For these tasks, I want a computer that sips power and is silent, but still powerful enough to play video and it would be really nice if it’s not too expensive.  I found these qualities in the AM1H-ITX.  I ended up putting together this beauty. 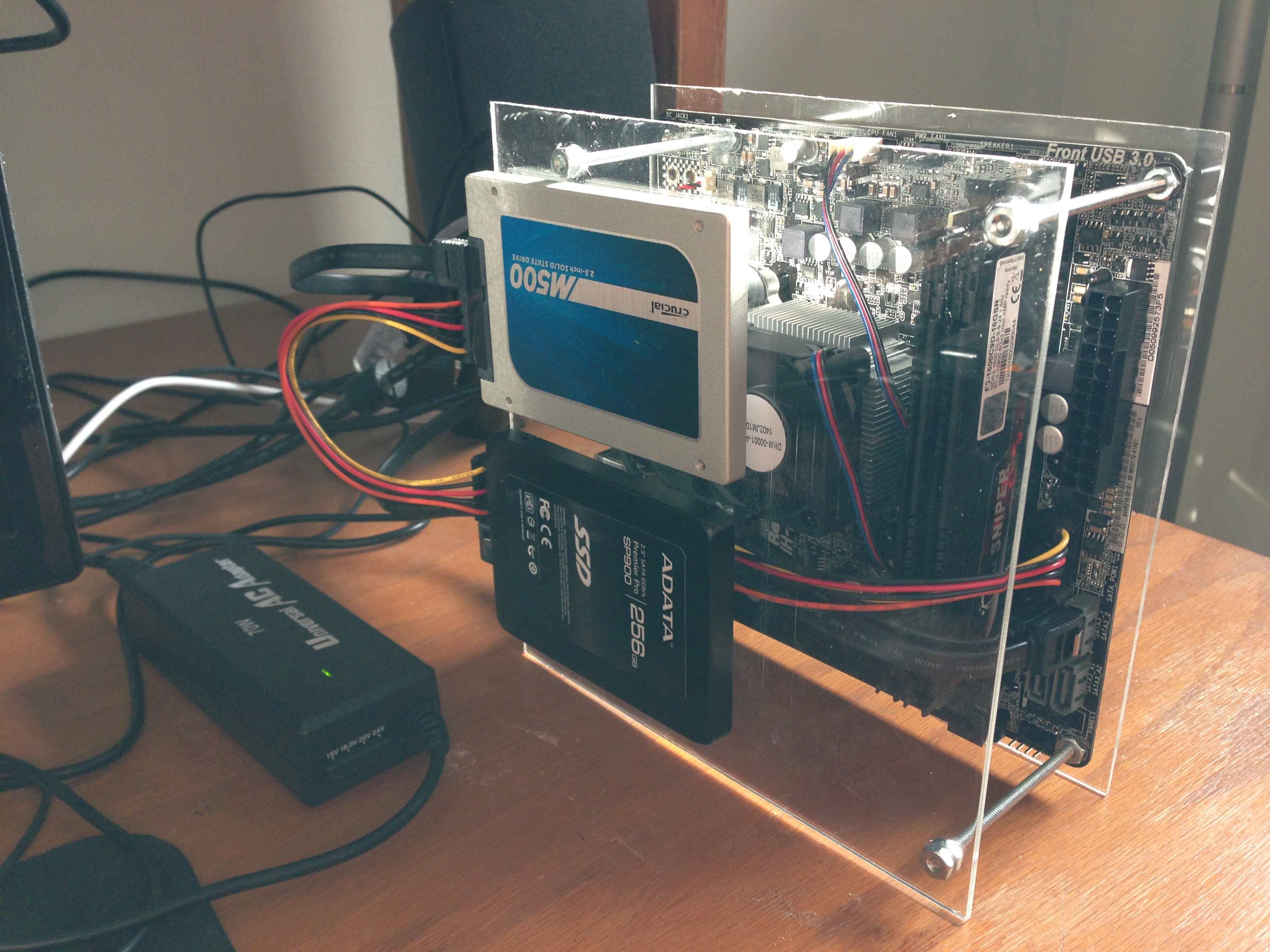 The first thing to notice is the power supply.  It is a Universal AC Adapter 70W 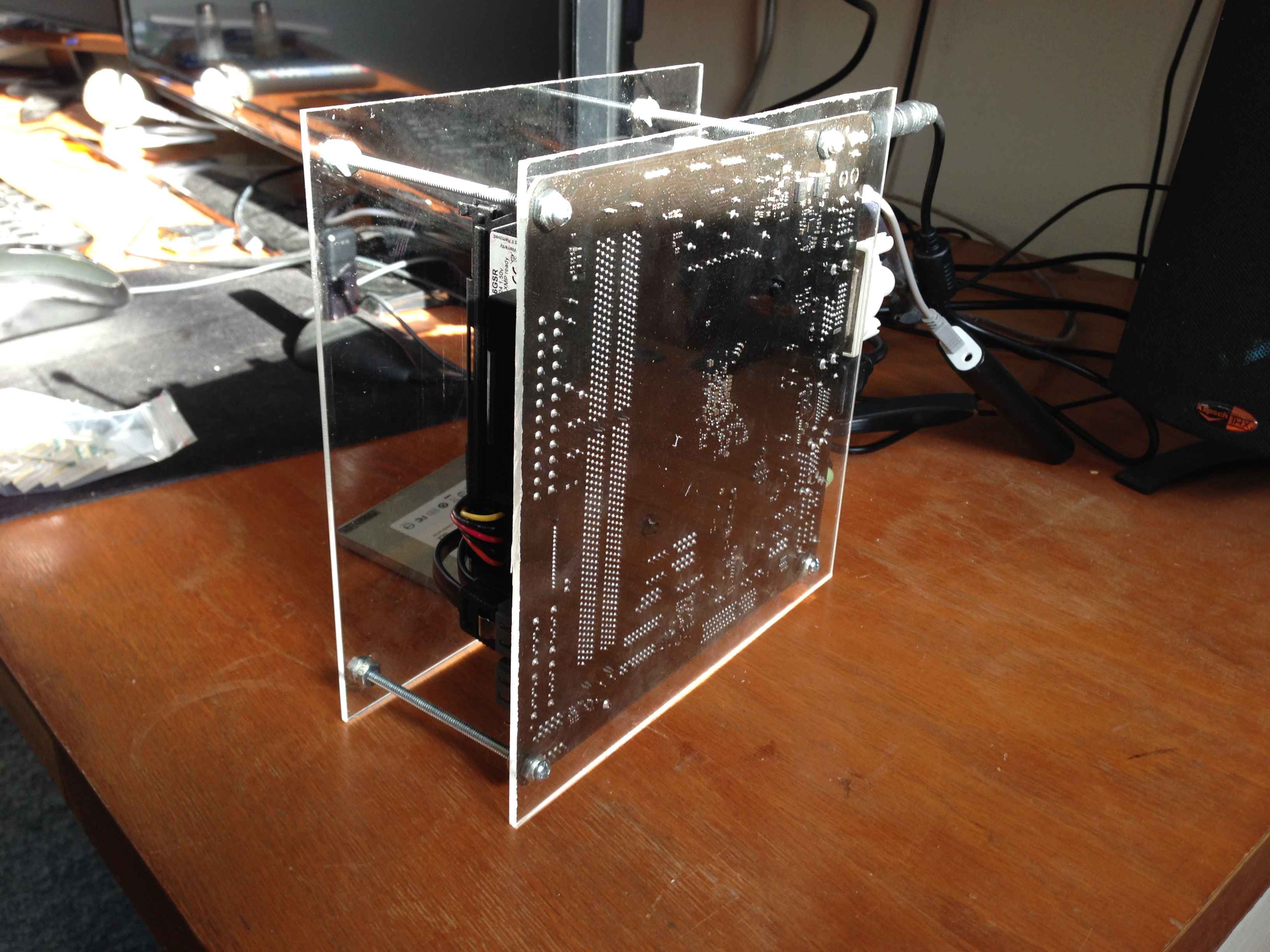 The only downside so far has been the video drivers support under Linux.  Without AMDs video drivers, I wasn’t able to configure dual monitor support.  Maybe someone with better xorg.conf skills could figure out how to get the free drivers working, but I was left with the AMD catalyst drivers.  The drivers didn’t work on Debian, so I had to switch to Ubuntu to get video on both monitors.

The AM1H-ITX sips power and can run silent. It is powerful enough to play video and it cost $122 for the motherboard, CPU and power supply.  So far I am really enjoying the silence, the savings on my power bill and the smaller environmental footprint.